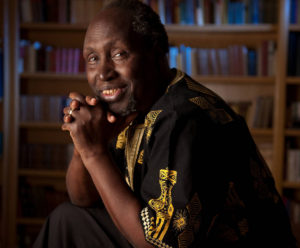 A famous Kenyan writer and a Distinguished Professor of UC Irvine, one of the world’s leading writers and scholars, Ngũgĩ wa Thiong’o has been a force in bringing Africa to the forefront of contemporary literature and postcolonial theory through his novels, essays, plays, journalism, and social activism. His new memoir, Birth of a Dream Weaver: A Writer’s Awakening, chronicles the period in early-1960s East Africa when he first found his voice as a leader of a literary and intellectual movement. A distinguished professor in the School of Humanities at UC Irvine, he has also been nominated for the Man Booker International Prize.

Coffee, tea, and a book signing follows the program.