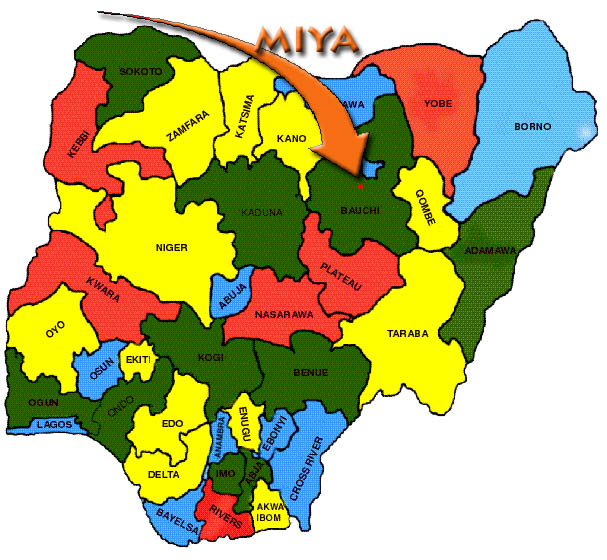 It is one of the nine known members of the North Bauchi group of West Chadic Languages, the others being Diri, Pa’a, Kariya, Mburku, Tsagu, Siri, Jimbu, and Warji. The Ethnologue mentions a tenth, Aja, said to be extinct. These languages are most fully documented as a group in wordlists in Skinner (1977). Warji is by far the largest, but population figures are probably unreliable for any of these languages. Here are the population figures listed in Skinner (1977) and the Ethnologue as of 2010: 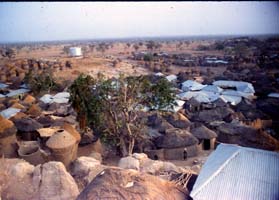 Russ Schuh worked on Miya in 1982-1983 while teaching at Ahmadu Bello University, Zaria, as a Visiting Professor in the Department of Nigerian Languages. Prof. Schuh spent probably a total of about six weeks in data collection, including three field trips to Miya town and one visit of a couple of weeks by Vaziya Ciroma to his home in Zariya. 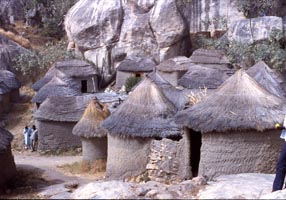 These texts were written by Vaziya Ciroma in January 1983. Vaziya then read the texts for recording. 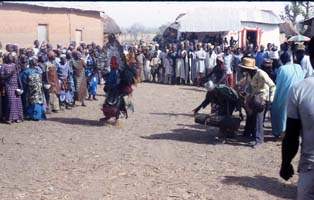 A description of the most important annual traditional festival, at which girls about to be married are betrothed.

Yaddeni Miy Da Ɗəma Awre na Shiyi [The Way the Miyas Perform Traditiona Marriage]: Description of traditional courting and marriage arrangements, including disputes between men over selection of a bride and birth and naming customs.

Yaddene Miya Da Sara Wutləmiy [The Way We Circumcise Boys]:  Description of preparation circumcision for a cohort of boys. 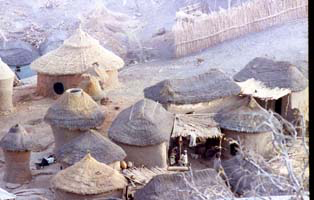 Labari Yakiy ta Shiyi [A Description of Traditional Warfare]:  First half describes slave raiding on the Miyas and their defenses; second half describes infestation of various insect on farms.

Vahiya Zuw [Sorghum Festival]:  Description of preparing for and celebrating a festival in which a household prepares large quantities of beer, dances, and sacrifice one or more cows.

The first three texts were narrated by women in Miya on December 22, 1982 and were transcribed with the help of Vaziya Ciroma. The first narrator is Wandasa. The second and third sound as if they are by a different narrator, but her name is not known. These takes are not marked for tone. The pace of speech and blending of one phrase into another make it impossible to transcribe tone directly from the recordings. 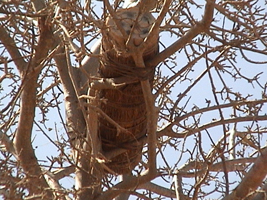 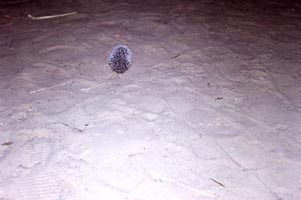 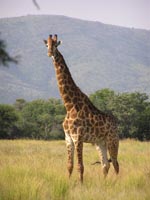 This tale was narrated by the late Banapo Yakubu of Miya.  It was recorded in Miya sometime in 1973-74 by Neil Skinner. The recording is of low quality and is not posted on this website. Russell Schuh created an accurate transcription with the help of Vaziya Ciroma in 1983 (Skinner had a transcription, perhaps written by Banapo, but they did not have the benefit of having studied and analyzed the phonology, morphology, and syntax of Miya).  Prof. Schuh’s transcription is only partially marked for tone; tone marking is omitted in the typed version posted here.

Tariyhiy na Miya [History of Miya]: Brief history of the founding of Miya town written and narrated by Vaziya Ciroma 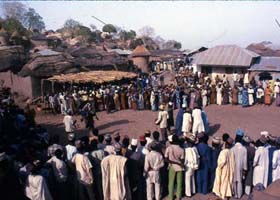 Miya, and probably other ethnolinguistic groups in the region, have unique traditional aspects of music and culture, including festivals that feature masqueraders (dodos), a unique repertoire of drums, hocketing flutes, and a five stringed harp called a bəzakway. 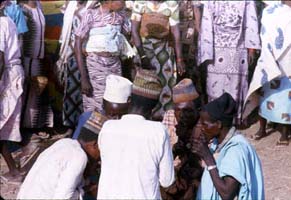 The bəzakway is a five-stringed harp that is apparently indigenous to the North Bauchi language area.  Other North Bauchi people play this instrument and have cognate names for it.

ThIs picture shows how bəzakway is held when played: 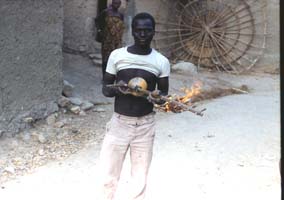 These songs were dubbed from an audio cassette acquired in Miya town sometime in 1983, the singer’s name is unknown. There are 20 songs on the cassette, mostly in Miya, a few in Hausa. As is often the case with folk song, the lyrics are allusive to the point of being opaque, certainly to outsiders, and probably to most Miyas. The singing style adds to the difficulty, with pronunciation bearing very little resemblance to the words as spoken in ordinary speech.  Each song comprises about one to five lines sung repeatedly, sometimes with small variations, there was no access to the singer himself. Russell Schuh worked with Vaziya to transcribe the seven songs here, but to transcribe more did not seem to him worth the time and frustration. The selection starts with “Song 2”–Song 1 on the cassette was in Hausa.

Neil Skinner, “North Bauchi Chadic Languages: Common Roots”, Afroasiatic Linguistics, 4(1):1-49, 1977: This paper includes the largest wordlist of Miya published to that time, as well as comparative wordlists of seven other languages of the North Bauchi group of West Chadic. It it provides information on the geographical context and previous work on this group of languages.

Russell G. Schuh. “Long vowels and diphthongs in Miya and Hausa.” In P. Newman and R.D. Botne (eds.), Current Approaches to African Linguistics, Vol. 5, pp. 35-43. Dordrecht: Foris Publications, 1989. Miya and Hausa, two West Chadic languages, both have a phonetic contrast between short and long high vowels ([i] vs. [ii] and u vs. [uu]) and both have phonetic diphthongs [ai] and [au]. However, morphological evidence shows that Miya treats phonetic long vowels and diphthongs as a sequence of a short vowel nucleus followed by a glide, whereas Hausa treats both a vocalic syllable nuclei.

Russell G. Schuh. “Gender and number in Miya.” In Z. Frajzyngier (ed.), Current Progress in Chadic Linguistics, pp. 171-181. Current Issues in Linguistic Theory, 62. Amsterdam: Benjamins, 1989. Miya has a robust system of grammatical gender. Nouns are not marked for gender, but agreements on demonstratives, adjectives, and the like show gender. In addition to gender, some nouns are lexically plural though they do not show overt plural morphology.

Russell G. Schuh. “Miya as a West Chadic language with V…S word order.” In Dymitr Ibriszimow, Rudolf Leger and Uwe Seibert (ed.), Von Aegypten zum Txchadsee. Eine linguistische Reise durch Afrika, pp. 435-449 Festschrift für Herrmann Jungraithmayr zum 65. Geburtstag, 2001. Miya arguably has VXS (or VOS) as its unmarked declarative sentence order. Typologically, this is of interest because of the rarity of languages having an neutral order that places subjects after objects or VP adjuncts. The paper attempts to explain this order in modern Miya, relating it to Biu-Mandara languages with VSO order and a number of Miya’s close West Chadic relatives that postpose focused and questioned subjects.

Russell G. Schuh with Vaziya Ciroma Tilde Miya. Miya-English-Hausa Dictionary. Ms, UCLA 2010. This is a dictionary of about 1400 headwords including phonological and morphological information and examples of use.

Work on Miya was supported in part by a grant from the Wenner Gren Foundation for Anthropological Research. Neil Skinner suggested to Prof. Schuh that Miya would be a good language to work on and Miya town would be a good place to work. He was right, and Prof. Schuh was grateful for this suggestion! Prof. Schuh would like to thank Yakubu Sarkin Miya, Malvu Miy, who welcomed him and was continually helpful in facilitating his research.  In addition to his willingness to let Prof. Schuh work among his people, he narrated immensely valuable historical and ethnographic texts. Thanks also to Haladu Soja, in whose home Prof. Schuh stayed during his visits to Miya, for his hospitality and friendship, and thanks to his family for putting up with a stranger in their midst (especially to Haladu’s younger brother, whom Prof. Schuh displaced from his room!). Prof. Schuh’s greatest debt is to Vaziya Ciroma Tilde Miya, his principal informant, who also became a good friend.  He was the ideal person to work with in all respects—perceptive, patient, dependable, and indefatigable.  Besides providing him with nearly all his elicited Miya data, Vaziya saw to all his arrangements in Miya town. 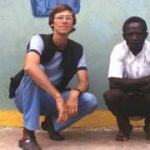 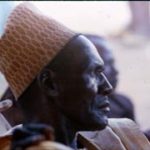